Counter-Strike is another excellent game for Android devices. As we all know, many peoples around the world use the Internet and play games around. If we look at today's traditional world,

we'll see that many games are online, wherever it is for a computer or Android. People like to play games, and the same thing is about the new game called Counter-Strike. Several people are using Counter-Strike.

Management may seem very difficult and embarrassing, but this is just the first time. Usually, beginners should first learn management. But once you're used to management, you'll learn to play the game as a computer.

Have a great time, shoot and target your enemies by using the sensor screen on your mobile phone or tablet. The game is more pleasant when you can play it outside in nature.

Not to mention that the developers made sure the game was just a copy of the original so that the players could feel the classic atmosphere of old times.

You can play in several modes, with the first playing only bots managed by a computer. And in the next game mode, you and your friends attach to the same server and experience the game by shooting each other.

The mobile phone player will surprise all the game fans because the game's functions are entirely identical to those of the computer version. Connect and select the country you want to play.

You have two teams to choose from:

Terrorists, you have to put bombs and keep track of time, so there's time to explore.

Unique forces, then you must kill all the terrorists or stop the bomb.

We all notice that CS 1.6 is one of the oldest and best games globally and has several fans. Progress doesn't stop, and now you don't even need a computer to play Counter-Strike 1.6,

People enjoy the game of old memories using the phone. Now CS 1.6 for Android is likewise convenient than regularly and free!

The developer of this game has transferred this game to Android, so you can easily play this game by sitting at home. In this game, there's a CS 1.6 client that,

if you have a computer at home, you can copy CS 1.6 files like Valve and CS Strike from your computer and put it on your mobile phone.

If you don't, it's okay; the developer teaches you how to install these files. They created a zip file to quickly unpack it and install the app, making it easy to install.

Mobile Counter-Strike 1.6 Apk is available for downloading and installing Android devices with minimum requirements for Android 4+ operating system and higher.

We provide Counter-Strike 1.6 Apk APK free of charge for the latest updated version of v1.35 on 29 August 2020. It's been downloaded over 10 million times to Google Play Store. You can update apps that were individually downloaded or installed on your Android machine. Refreshing your app provides you entree to the most advanced features and improves app security and stability.

• Counter-Strike Game Cache: The folder must be downloaded from the backup

Is it worth downloading the counter strike 1.6?

If you have to download the original Counter-Strike 1.6 for free, you can do it with our help.

Developers offer you the ability to download by a torrent, ensuring a high counter rate strike 1.6 because many users use it.

Each of them has appreciated the best quality of the game in CS 1.6 has been computed not only in English but also in Russian, which may be very valuable to you. 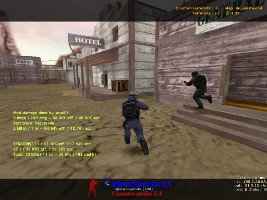